Calgarians can learn a lot about water from folks that live in the desert. Water is a precious and life-giving resource that requires careful management.
California’s Coa 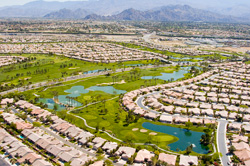 chella Valley where Palm Springs is located is at the transitional point of both the Sonoran and Colorado Deserts. The Coachella Valley has received virtually no rain since August 2013, and is becoming    increasingly conscious about water use.
About one third of the land surface of the earth is desert, including much of the Polar Regions which receive very little precipitation. A desert climate system is classified in several ways, but for the purposes of this article the definition will be confined to the precipitation aspect. It is generally regarded as a region which receives less than 250 mm annual precipitation. Semi-arid regions, of which Calgary is one, typically receive an average of between 250 – 500 mm (10 – 20 inches) of precipitation. It should be noted that precipitation can be measured so as to include rain, snow, fog and mist.
Calgary, according to 2013 weather data, receives on average about 16.5 inches of precipitation, but our water supply comes from the mountains in the form of melt water from the glaciers. There is substantial data which strongly suggests these glaciers are in a retreating phase.
What is the link to C

algary and the Coachella Valley in regards to water? Both have precarious water supply issues. At one time the Palm Springs area did receive about 10 inches of rain per year, but with dynamic weather and climate patterns that average is 4.97 inches. The water supply in this desert community comes from the surrounding San Jacinto, San Bernardino and Santa Rosa mountains. These mountains are high enough, nearly 11,500 ft. for San Gorgonio Mountain, and can routinely receive some significant amounts of snow. Melt supplies the aquifers created by the San Andreas Fault system that provides the valley with its water.
The current widespread severe drought impacting California has prompted a re-think of the water policies. Conservation is the first avenue. There are incentives in place to remove landscaping that requires high volumes of water and replacing it with xeriscaping and desert landscaping which requires very little water. Similarly, initiatives are in place for the 130 or so golf courses in the Palm Springs area to water only the tees, fairways and greens and not the rough. And many golf courses promote the fact that they are using “grey” water for irrigation purposes.
Another measure under consideration is to have a graduated rate system for water use. This simply means the more you use, the more you will pay for incremental water use. There is nothing like a huge utility bill to inspire one to think more about what one consumes. 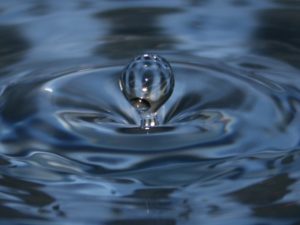 The Alberta Urban Municipalities Association (AUMA) recently published a policy paper on water management. One of the key recommendations contained in that document is for each Alberta municipality to scribe its own water policy against a template provided by AUMA. This is a good idea.
Water is that precious resource that assures life. It is not to be messed with. We must be good and effective stewards of this resource.
The commercial real estate sector through its BOMA BESt program actively promotes water conservation and reduction. As an industry advocacy group we promote the philosophy of conservation when we identify municipal or provincial policies that appear to work against this philosophy of conservation.
For example, the City of Calgary land use bylaw requires commercial development to incorporate water-intensive landscaping and many non-native plant species some of which have poor survival rates in our semi-arid continental and sub-alpine climate zones.
Some BOMA members have developed better monitoring and management systems for their irrigation systems which has in some cases, reduced water use for irrigation by as much 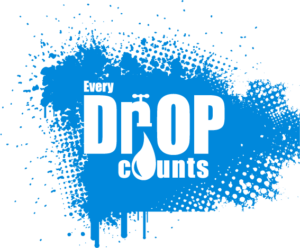 as 30% or more in some instances. Not only does that demonstrate a commitment to resource conservation, it also achieves a significant cost saving for that property and its tenants. More of this type of management approach would help the conservation effort.
We can learn from our friends in the desert about measures to better manage water. Much depends on it. Use less and use it wisely. After all, conservation is about what you do as much as what others do.