Meet the Board: An Interview with Guy Priddle 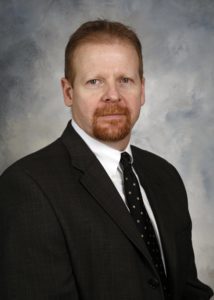 How long have you been an active member of BOMA’s Board of Directors?

How does your current occupation or field of employment align with BOMA?

What I do now directly aligns with BOMA – I am GM, Calgary Office Properties for Cadillac Fairview.  My role entails full operational and asset responsibility for our portfolio, including the Calgary City Centre project with Phase I currently under development.

What attracted you back to the BOMA Board/to the role of Director?

First time around it was a true sense of wanting to be able to contribute something back to the organization that represents all of the companies and people that enable me to enjoy some small level of success.  Through my time on the Board we changed from an operational structure to a more strategic one.    We saw the staffing levels of the organization expand to a point where the Board could become more strategic because we had such great people operating day to day.  We saw the evolution of BOMA BESt.  We developed the idea for the BOMA Foundation, that Fred Edwards donated $100k to at the Christmas event.

This time around it is a bit different.  There have been a lot of changes within the organization in the past few months, and my hope is that I will be able to contribute some recent and longer term historical perspective to aid the Board in the next evolution of BOMA.

What value have you personally and professionally experienced by being on the Board?

Professionally is an easier question to answer I think.  By being involved I have been able to keep myself, and so my employer, fully abreast of developing issues in the industry in a timely manner, and very completely.  I’ve been able to see trends in education, employment, management, investment and development from a much more broad perspective – the local board is heavily involved locally, but also nationally and to an extent internationally.  That breadth and depth of vision is incredibly valuable to an individual’s own professional development, but also to the firm you represent.

Personally – people volunteer for boards or committees for a variety of reasons, each of them personal and equally valid.  Some volunteer for the warm fuzzy feeling they get, some for the exposure, some to contribute, or for professional or personal development, some because they have nothing else to do!  I have met so many people, been able to know them at one level or another through BOMA – I think that is the main thing that stands out to me as a personal gain.

What are your goals for the BOMA Board in 2015?

This Board has a lot to do to ensure the organization is able to continue to move forward.  Bill Partidge’s departure will leave a gap in terms of the personality of the organization for sure, but also in terms of the knowledge he possesses. After more than three decades as the senior staff person, BOMA Calgary very naturally tended to reflect Bill and his personality.  That will necessarily change and will involve a great deal of strategizing by the Board.  I think that is going to be the overriding theme for the year and will take a lot of effort and expertise.  This Board though is the strongest I have seen, and is more than up for the challenge.  BOMA Calgary will emerge stronger than ever with their guidance.  I only hope I can keep up with them!

Describe your ideal day off of work.

Wow, toughest question for last!  At the risk of offending so many at BOMA, golf is not even close to my list! I like to do a lot of different things, am pretty active and like sports including self defense, skiing, fitness/gym time, and soccer which is a true passion – I play, ref, coach (those within BOMA that I’ve played against…..sorry!) I like to work on my home, painting, decorating, re-decorating; most of all I like to spend time with my daughter.  Emily is the youngest of 5 kids, at 9 is 14 years younger than her closest sibling so has a bit of that only child feeling.  She still thinks I’m smart just because I’m her dad, so naturally I like to spend as much time as possible with her to nurture that thought, until she turns 13 or 14 and I become one of the least intelligent people she knows!

Posted on behalf of the BOMA Communications Committee